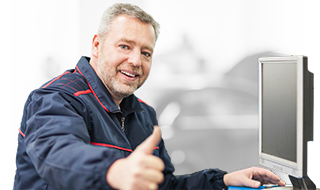 How Much Could You Earn?

Try our on-line Profit Calculator and see how much you could be earning with a Pro-Cut Brake Lathe.

Worcester Mobile Mechanic (WMM) was established in 1993 and as its name suggests was originally a mobile service. After a very short period, Dave Connellan, the founder, realised that he also needed a base from which to work and conduct more serious repairs. As a result, WMM rented a series of farm buildings and spent several years in an old piggery, which after the installation of the normal garage equipment provided excellent facilities for the burgeoning business.

The business grew quickly and in May 2006 they moved to new industrial units on the old railway yard very near the centre of Worcester. They have two units which have allowed Dave to install four bays each with its own list. He has 2-post three tonne and two 4-post four tonne lifts. WMM still carries out some mobile work but is predominantly now workshop based, providing a service to a growing number of the public and local business.

The business has continued to expand and can now offer air conditioning servicing and advanced diagnostics to improve the overall service offering. The workload is typical of an independent garage but additionally he has contracts with importers of Japanese used cars and local mini bus companies which provide steady business. In addition he carries out LPG conversions and there was one such conversion being performed when I visited the premises.

His latest acquisition, the Pro-Cut brake lathe, has further expanded his service capability and benefitted both his business and his customers. WMM usually employs three trained technicians and an apprentice together with a receptionist, with Dave’s wife Sue handling the administration activity. The business has grown to such an extent that a fourth technician will soon be required and the layout of one of the units altered to extend the volume capability to maintain growth.

Like many garages, WMM is always looking for ways to improve revenues and often a separate revenue stream that also adds value to the existing work is an ideal way forward. Dave had found that, over the years, a number of customers had complained of brake judder but he had never given it much thought.

One day about four months ago he received a call from Pro-Cut to see if he was interested in one of their brake lathes and initially he wasn’t. They persisted and he began to ask more about the costs and potential income and suddenly he realised that it would only cost £30 a week rental and he could easily recoup that, and more, across his various service offerings. After three years the equipment would be his and then the returns would be even better. He asked for a demonstration and Pro-Cut came in their demonstration vehicle to show him how easy it is to use.

Dave worked out a pricing structure and instructed his technicians how to use the machine. He also told them that whenever they took a booking for a service they should up-sell the use of the Pro-Cut machine. 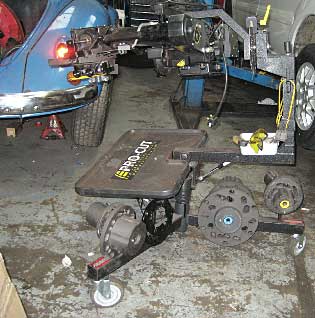 The result has been very satisfying. The disc lathe service is charged out at £40-50 an axle depending on the size of the vehicle, PLUS a set of brake pads, PLUS £40 for an hour’s labour. In the first three months of usage this has provided £800 extra income in each month and the rate is still rising.

It takes no more than 30 minutes to treat both discs on an axle so the labour element is also becoming far more profitable than on many other operations in the workshop.

To assist the sale of the service the customer is also given a two year guarantee, valid as long as they have their vehicle serviced at WMM. There has been a very positive response from customers. Many of his customers also like the idea of not buying new discs but making the old ones “better than new” by treating them with the lathe.

The Pro-Cut machine is very easy to operate and very cheap to run. Full training is given to the operator and WMM were using it straight away to generate revenue. It is a solid piece of equipment. Well engineered, reliable and with hidden and delicate elements such as the gyroscope that gives really impressive results. It not only shaves up to 0.3mm layers off the disc (both sides at once) but can also detect intolerances in the axle and hub alignment usually connected with the bearing that may cause the wheel to run asymmetrically.

Dave’s technicians have taken to the new equipment and it is now second nature to up-sell its service. Dave said:

It definitely fixes brake judder and having used it I can guarantee 100% that it will pay for itself”.

To arrange a demonstration or request further information:

Or let us call you?

For car wheel alignment, one of the fastest growing and most profitable automotive services.

Pro-Cut In Your Country 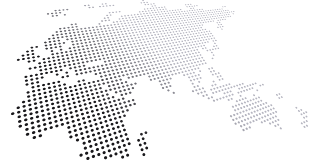